Power Cement Limited’s revenue climbed 24% to Rs13.3 billion in the first nine months of the previous financial year 2021-22 from Rs10.78 billion over the corresponding period of the earlier fiscal.

The gross profit of the company, however, decreased 8% to Rs2.2 billion during the period under review from Rs2.4 billion over the corresponding period of the fiscal 2020-21.

The net income also decreased 97% to Rs6.78 million compared to a profit of Rs260 million in the corresponding period of FY21, reports WealthPK. 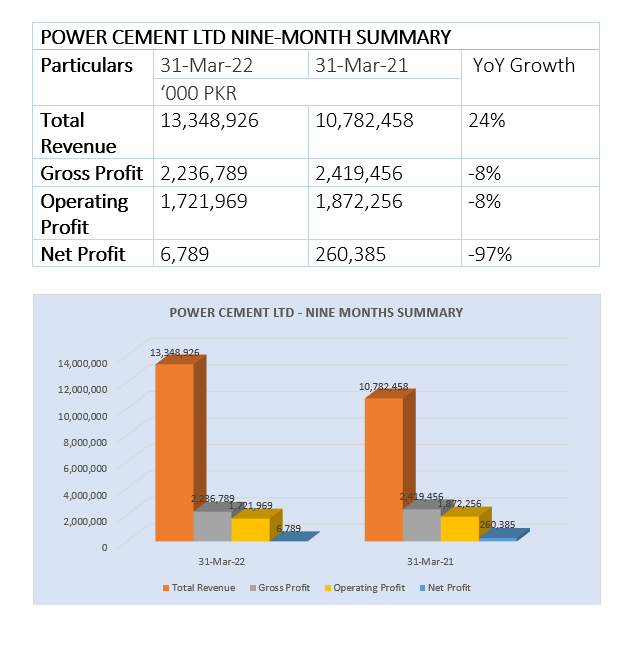 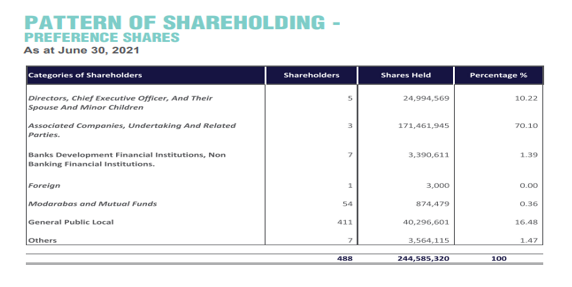 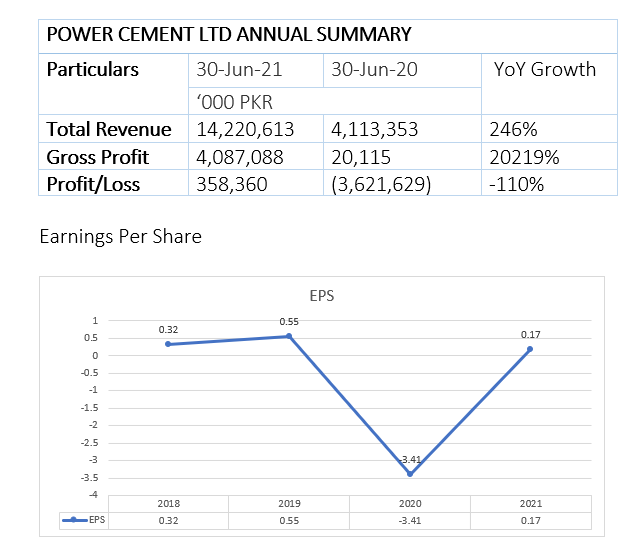 Power Cement Limited was established in Pakistan as a private limited business on December 1, 1981. On July 9, 1987, it underwent a conversion to become a public limited company.

The primary business of the firm is the production, distribution, and marketing of cement.