Citi Pharma Limited’s revenue from sales increased by 57% and stood at Rs3.1billion in the first quarter of the ongoing Financial Year 2022-23 (1QFY23) compared to Rs1.99 billion in the corresponding period of the previous fiscal. The gross profit increased by 25% to Rs370 million in 1QFY23 from Rs296 million recorded in 1QFY22.

The company posted a net profit of Rs145.8 million in 1QFY23 from a profit of Rs81 million over the corresponding period of FY22, showing a positive growth of 79% year-on-year although a 130-million-rupee exchange loss was brought on by the Pakistani rupee's ongoing depreciation, reports WealthPK. 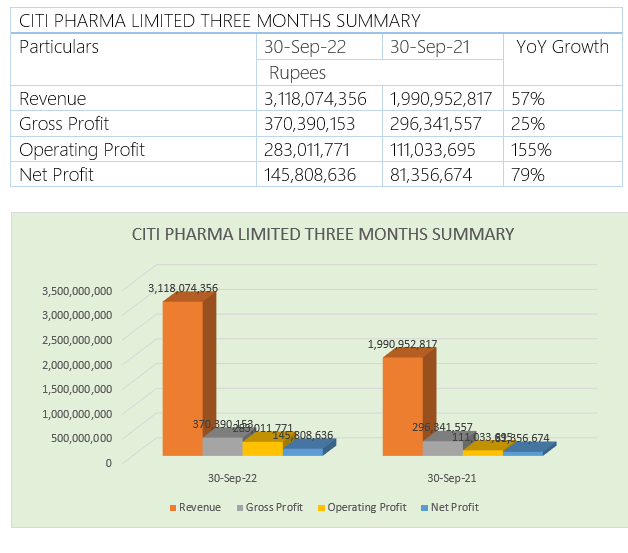 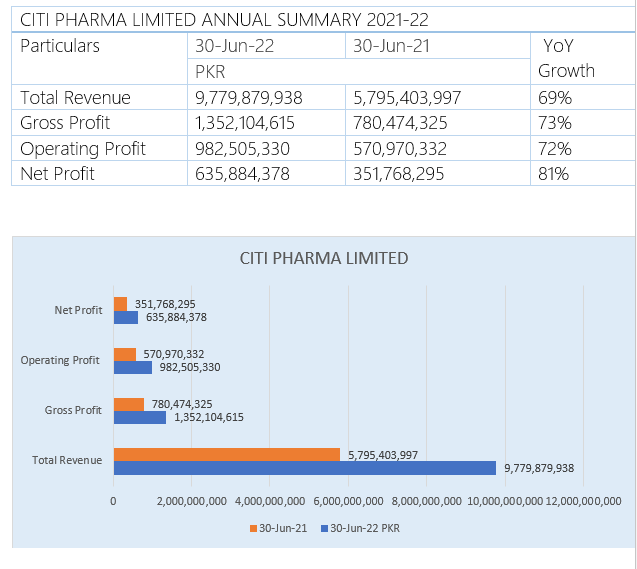 Citi Pharma Limited was incorporated as a private limited company in Pakistan under the repealed Companies Ordinance, 1984 on October 08, 2012. The principal activity of the company is the manufacture and sale of pharmaceuticals, medical chemicals, and botanical products.