BEIJING, (Xinhua) -- At the China National Convention Center, Aqeel Ahmed Chaudhry, a jeweler from Pakistan, was busy showing his dazzling products to visitors attending the 2022 China International Fair for Trade in Services (CIFTIS).

Chaudhry is the managing director of WINZA, a family jewelry business in Pakistan with a history of more than 40 years. Mining, production, design and sales are all done by his family members.

WINZA first entered the Chinese market in 2019 during the second China International Import Expo. Since then, it has participated in various trade fairs in China.

This year's CIFTIS, which closed on Monday, featured greater internationalization, with the participation of over 7,800 companies online and more than 2,400 enterprises in-person, including 507 industry-leading enterprises and Global Fortune 500 companies. 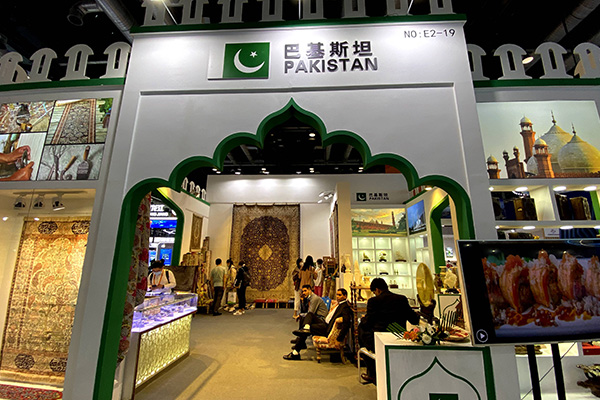 Since WINZA opened its first store in Shanghai three years ago, its unique and exotic jewelry has become increasingly popular with local consumers. Annual sales of the store have hit more than 5 million yuan (about 721,000 U.S. dollars).

"We managed to attract many regular customers, and their repurchase rate reached up to about 60 percent," Chaudhry said, adding that his company also began seeking digital transformation to counter the impact of the epidemic.

"The epidemic has given rise to a boom in online consumption, especially among the post-2000s generation," Chaudhry said. "We needed to adapt to the changes."

Chaudhry is seeking to work with China's e-commerce giants JD.com and Tmall and plans to develop moderately-priced products to cater to the needs of young online shoppers.

"If enterprises can make better use of digital tools, they will become more efficient and competitive," he said.

The global cross-border trade in digital services exceeded 3.8 trillion U.S. dollars in 2021, accounting for 63.6 percent of the total trade in services, according to a report entitled "Digital Trade: Development and Cooperation," which was released at the CIFTIS.

Chaudhry hopes to train more talents in management and sales, who will have sufficient internet know-how to enhance his company's digital capabilities.

While in Beijing for the CIFTIS, Chaudhry also found time to visit some shopping malls. "I hope to open our first shop in Beijing next year," he said.

In an implementation plan for this goal, issued by the Beijing Municipal Commerce Bureau, Beijing said over 3,000 first, innovation and flagship stores of brands from both home and abroad are expected to open by 2025 in the city. 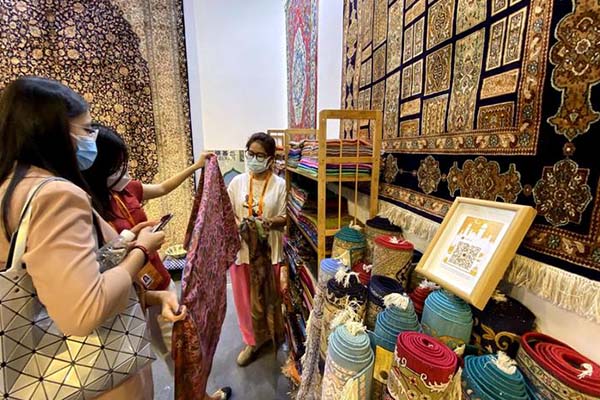 Looking ahead, he plans to open one or two direct-sales stores in metropolises such as Beijing and Shanghai, and find franchisees in second and third-tier cities to build up his business.

"I am very optimistic about the market in Beijing, and China at large. I hope our company can take root and prosper in the country," he said.