Weekly inflation witnesses surge of over 28% in Pakistan

The sensitive price indicator (SPI) based on inflation in Pakistan for the week ending on November 17 witnessed an increase of 28.67% as compared to the corresponding week of the last year, WealthPK reports.

Inflation in the preceding week was recorded at 29.24% on a year-on-year basis as prices of vegetables surged following the political uncertainty in the country.

On a week-on-week basis, inflation increased by 0.62%, mainly due to the high prices of perishable food items. The average inflation for the first four months of the financial year 2022-23 clocked in at 24.5% as compared to 8.73% in the same period of the previous fiscal. 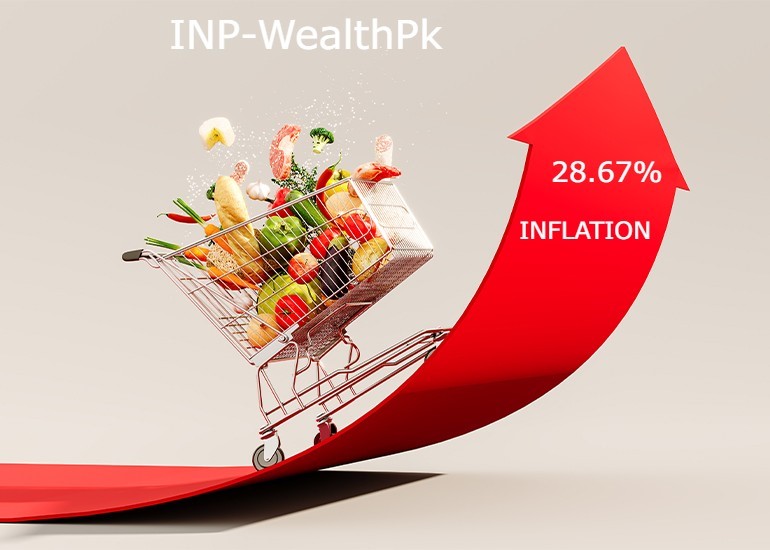 According to the data released by the Pakistan Bureau of Statistics (PBS), an increase was observed in the prices of food items including onions by 319.35%, Lipton tea by 59.27%, pulse gram by 57.39%, powdered salt by

The SPI monitors the prices of 51 essential items based on a survey of 50 markets in 17 cities of the country. During the week, out of 51 items, the prices of 23 goods increased and that of 13 commodities decreased while the rates of 15 items remained stable.

Powdered salt was one of the key commodities that increased the weekly inflation, with its price surging by 7.61% on a week-on-week basis.

Compared to the previous week, the SPI for the combined consumption group in the week under review witnessed a slight increase of 0.62%.