TPL Properties Limited’s other income climbed 100% to Rs188 million in the first nine months of the previous fiscal year 2021-22 from Rs94 million in the corresponding period of fiscal 2020-21. It is important to mention here that other income includes income from interest, rent, and gains resulting from the sale of fixed assets. 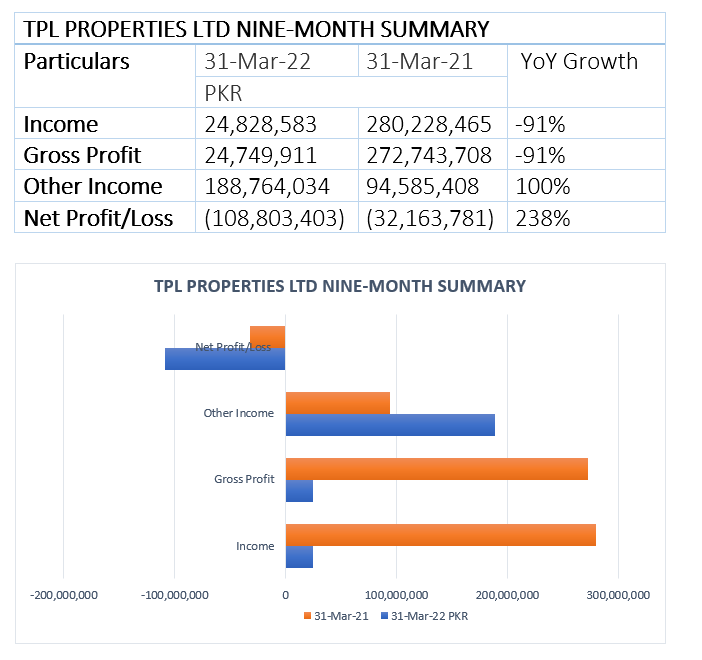 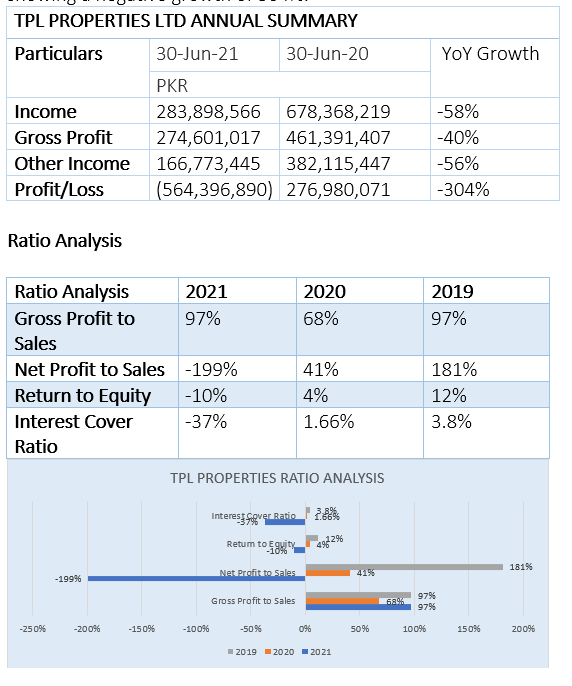 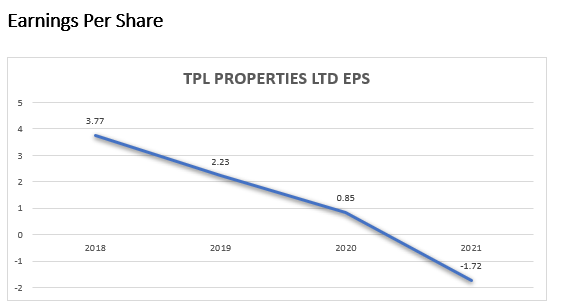 The earnings per share of the company kept decreasing since 2018 when it was Rs3.77, and plunged to -Rs1.72 in 2021. TPL Properties Limited was established in Pakistan as a private limited company on February 14, 2007. However, the company's status was converted into public-limited entity in 2016. The company mainly invests in buying, developing and building real estate, as well as selling, renting or disposing of real estate, including both commercial and residential buildings, stores, plots and other locations.