The Sensitive Price Indicator (SPI) based on inflation for the week ending September 29 witnessed an increase of 30.62% for the combined consumption group compared to the corresponding week of the last year (September 30, 2021).

According to economic experts, it was expected to have peaked inflation in the outgoing quarter of FY23 and was likely to come down with a high base effect kicking in.

Onions were one of the key commodities that increased the weekly inflation, with prices increasing 47.77% on a Week-on-Week basis.

Meanwhile, compared to the previous week, the SPI for the combined consumption group in the week under review witnessed a slight increase of 0.94%.

The SPI for the lowest consumption group up to Rs17,732 observed an increase of 1.55% and went up to 209.18 points this week from 205.98 points last week. On a yearly basis, analysis of SPI change across different income segments showed that SPI increased across all quintiles ranging between 24.16% and 37.09%. 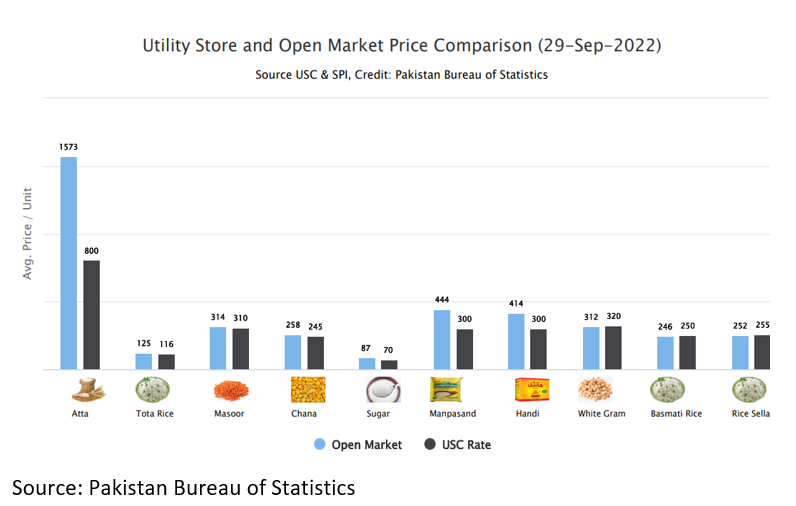 In a nutshell, structural reforms were the only way to move the economy into a sustainable growth path, reduce poverty, reduce inflation, and provide social support.