Sapphire Textile Mills Limited’s revenue climbed 55% to Rs43.1 billion in the first nine months of the fiscal year that ended on June 30, 2022, compared with Rs27.8 billion in the corresponding period of the earlier fiscal.

Similarly, the gross profit of the company more than doubled to Rs9.3 billion during the 9MFY22 compared to Rs4.3 billion in the corresponding period the year prior, registering a growth of 117%.

The net income also increased by a huge 154% to Rs5.2 billion from Rs2 billion during the two periods being compared, reports WealthPK. 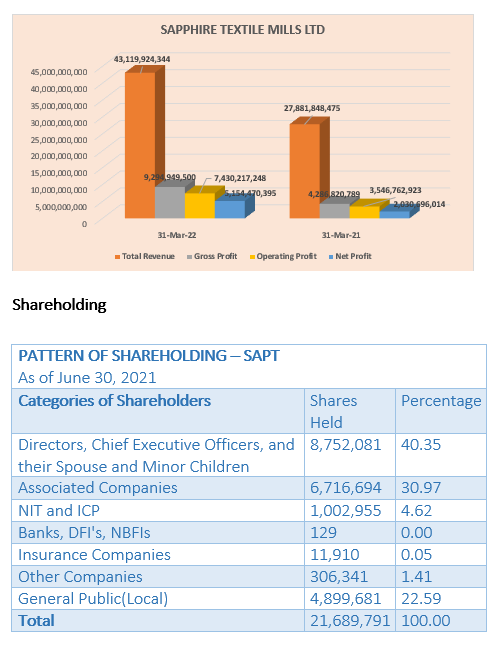 As of June 30, 2021, directors, chief executive officers, their spouses and minor children owned 40.35% shares of the company. 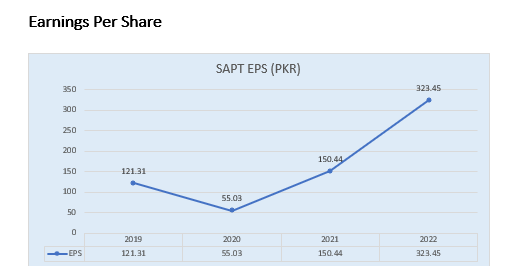 Sapphire Textile Mills Limited was established as a public limited company in Pakistan on March 11, 1969.

The company's main business activities include the production and marketing of yarn, fabrics and household textile items. It also finishes, stitches and prints textiles.