The net sales of Sapphire Fibres Mills Limited increased 32.57% to Rs12.21 billion in the first quarter (July-Sept) of the financial year 2022-23 (1QFY23) compared with Rs9.21 billion over the same period in the previous fiscal. However, due to an increase in the cost of sales and rising taxes, the company’s net profit declined marginally, reports WealthPK quoting the firm’s financial statistics. Sapphire Fibres Limited was incorporated in Pakistan on June 05, 1979, as a public limited company, which is principally engaged in the manufacturing and sale of yarn, fabrics and garments. 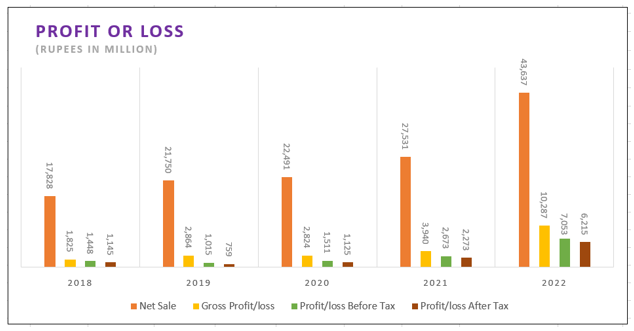