Reliance Weaving Mills Limited’s gross revenue climbed 30% to Rs22 million in the first nine months of the previous fiscal year 2021-22 (9MFY22) from Rs17 million over the corresponding period of FY21. 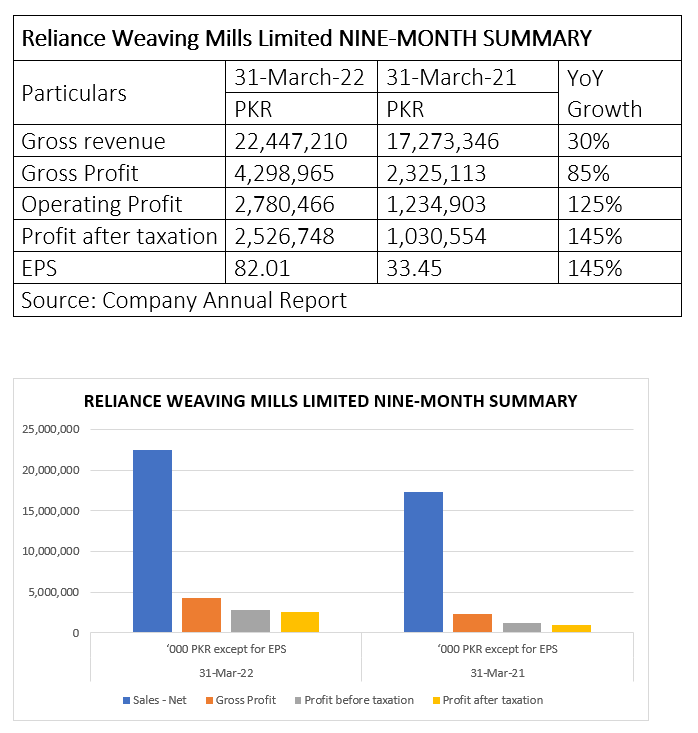 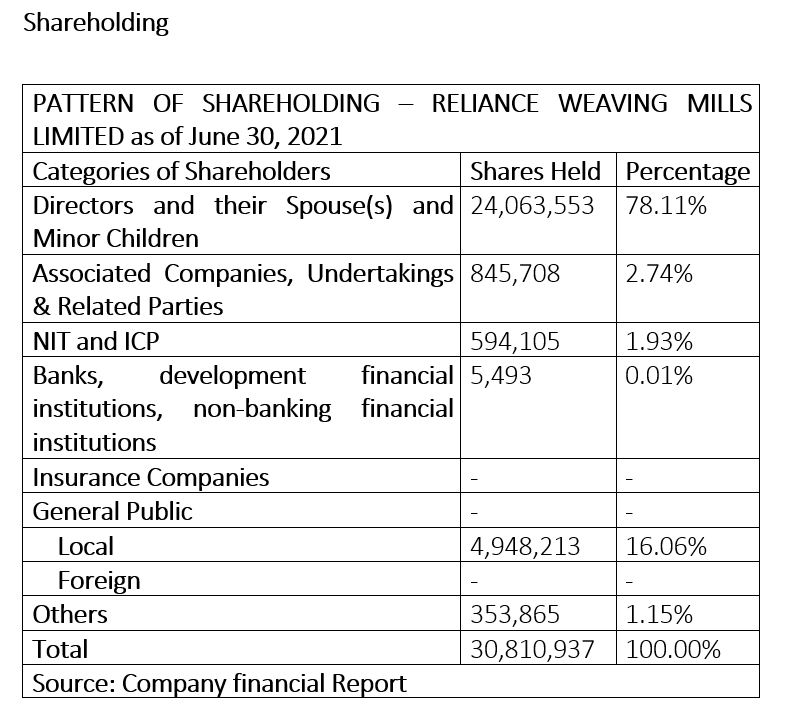 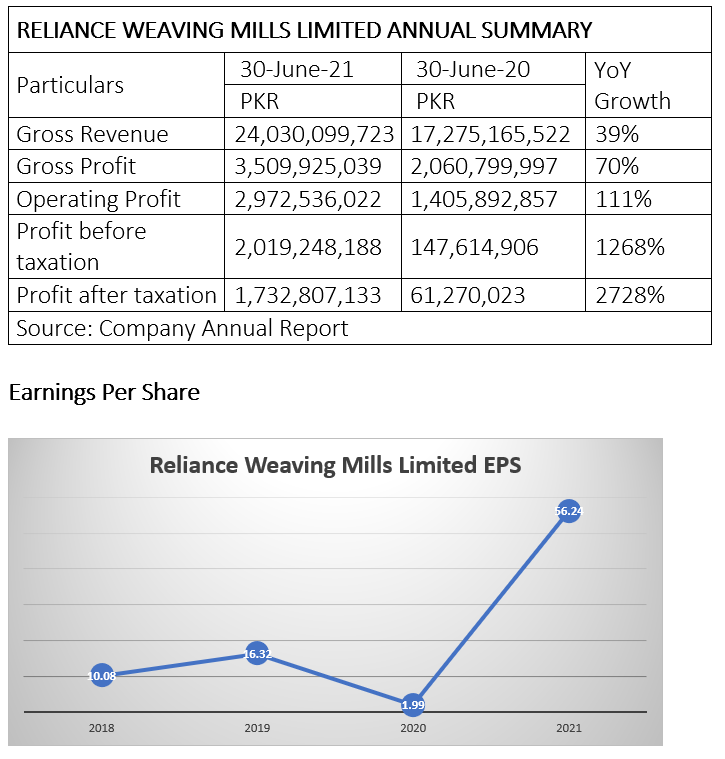 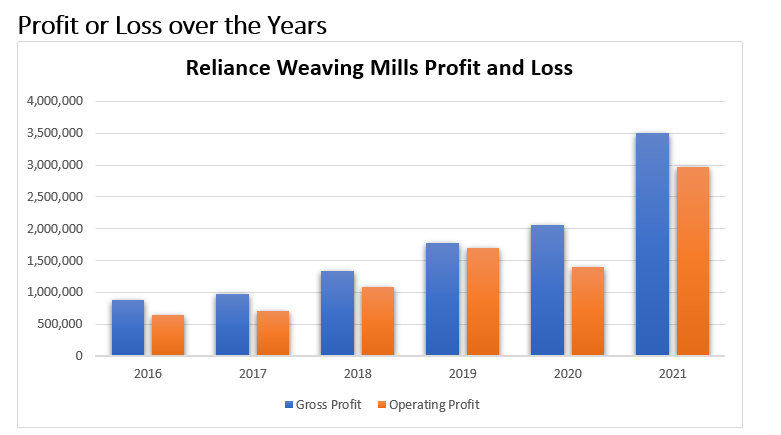 The company’s profitability – gross and operating profits – kept increasing steadily since 2016 before they peaked in 2021. Reliance Weaving Mills Limited was incorporated in Pakistan as a public limited company on April 7, 1990, under the now repealed Companies Ordinance, 1984. The company commenced its operations on May 14, 1990, and is principally engaged in the manufacture and sale of yarn and fabric.