The promotion of pearl farming will revolutionise the agriculture sector of Pakistan and help in the sustainable development of the national economy, WealthPk reports. Pearl culture is a rapidly growing billion dollars industry globally. Pakistan can get great socio-economic benefits by popularising pearl farming. It will not only promote non-conventional farming in the country but will make the agriculture sector more sustainable.

Dr Muhammad Aasif Javaid, the chief executive officer of “No.1 Organics” from Rahim Yar Khan, told WealthPK that a large number of people in Pakistan were associated with the agriculture industry as farmers or co-workers.  “I took the initiative of such progressive farming which could be done collectively to cut short the project cost and get high output. I planned to start pearl culture, which is becoming popular globally. I got extensive training from abroad. Then, with my limited sources, I took a start in Pakistan,” he said. 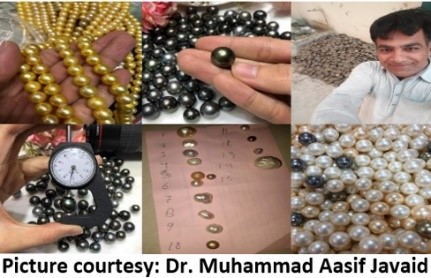 Dr Aasif said that about 200 years ago, Japan started commercial-scale pearl farming. “Parreysia corrugate” is a unique freshwater mussel species, found in the waters of the Indus River. Sometimes, it gains the size of about a foot and is capable of culturing eight to 10 pearls at a time. The same size species is found only in China, where 20 pearls are cultured at a time.

Lamellidens marginalis and Lamellidens corrianus, freshwater mussel species found in India, are capable of culturing only one to 2 pearls due to their small size. Despite this, pearl culturing is a billion dollars industry in India. Indians have developed it into more versatility as round, half-round, pre-designed and multi-coloured pearls are also cultured there.

Oysters, mussels and clams are the natural pearl producers. Oyster is found in seawater and produces high-quality round pearls formed in 30 months. Mussels can be farmed in non-salted/plain waters. They produce half-rounded pearls, formed in 18 months. 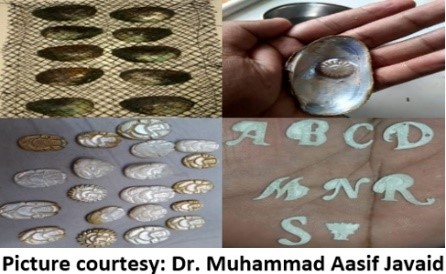 Clams are rarely found and too many technicalities are involved in their handling and pearl culturing by them. One or more nuclei, according to the size of the mother of pearls (MOP), are implanted through surgery. The nuclei being an outer inclusion stimulates the MOPs defence system and its upper mantle envelops it, resulting in pearl formation.

“In many countries, oysters are also used to culture pearls in simulated tanks like seawater but we are not working on it due to its high cost. However, we have included it in our future plan. Pearls differ in price according to their quality and size. They cost from Rs400 to Rs1,000,000 or even more. Naturally, every MOP can shade its pearl itself, but in commercial-scale culturing, a variety of colours is also created. To fulfil the high demand and economic price, synthetic pearls are also produced and are not recognisable without a proper lab test,” said Dr Aasif.

He said that his pearl culture farms would train people free of cost to promote the business. “Our farmers can prepare a single pond like a water reservoir in their area or village to grow fish and MOP there. Such ordinary reservoirs can be turned into 2-3 times more productive. In deep ponds, at least 10-15 feet depth, MOP produces more good quality pearls. In shallow artificial ponds, pearls are formed but not of high quality,” he added.

Pearl is costly and a part of delicacy, primarily cultivated and harvested for adoration but it is also crushed to use in medicines, cosmetics and paint formulations. There are many inorganic constituents in pearls like trace elements, calcium carbonate, water, and organic constituents. The shell of oysters is also used for decoration and health benefits.

In Pakistan, many traditional medicines producers like Hamdard, Qarshi and Davakhana Hakim Ajmal are manufacturing a natural medicine named Khamira Marvareed (Arabic name for natural pearl) by using natural pearls as an ingredient through a specialised process to treat many disorders.

Hakim Amjad Mehmood, the deputy manager of Qarshi, one of the largest and most reputed herbal pharmaceutical companies in Pakistan, told WealthPK that pearls had long been used in natural medicines as a source of calcium to cure many diseases. “Indigenous production of high-quality pearls and large availability in the local market is a good omen. It will be most helpful to cut short the price of products in which it is used as an ingredient,” he added. 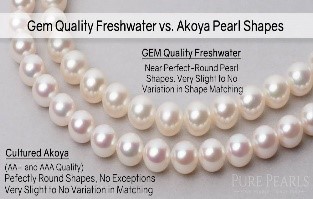 The global pearl market was valued at $15 billion in 2019. It is expected to grow at the Compound Annual Growth Rate of 13% by the year 2025. At the time of estimation,  the value of freshwater large-size cultured pearls was $100,000.