Pakistan’s seafood export increases by over 39% in current fiscal 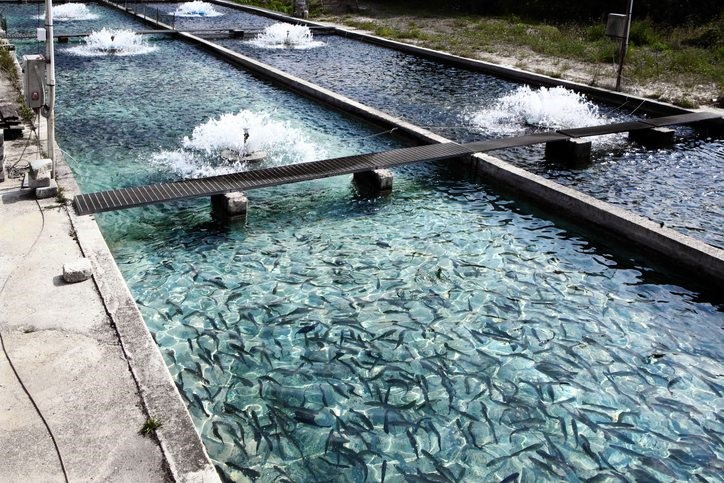 The export of seafood from Pakistan increased by 39.65% and reached $134.596 million in the first four months of the current fiscal against $96.384 million in the corresponding period of the last financial year, WealthPK reports.

Muslim Mohammedi, the chairman of the Pakistan Fisheries Exporters Association, told WealthPK that sustainable fisheries and aquaculture policy helped to transform the sector from subsistence to a market and export orientation to increase production, marketed surpluses of commodities and real incomes.

He said that fisheries products were exported at full capacity and shrimp production would begin on a massive scale in the fiscal year 2022-23.

On a year-on-year basis, Pakistan’s seafood exports increased by 38.65% and reached $54.662 million in October 2022 from $39.425 million during the same month of the previous year. Pakistan's fishing industry is anticipated to be a big exporter in the near future.

Muslim Mohammedi said that it was a profitable profession that could earn a country valuable foreign exchange.

On a month-on-month basis, seafood exports increased by 30.62% and reached $54.662 million in October 2022 as compared to $41.848 million in September 2022, according to the latest data released by the Pakistan Bureau of Statistics (PBS). 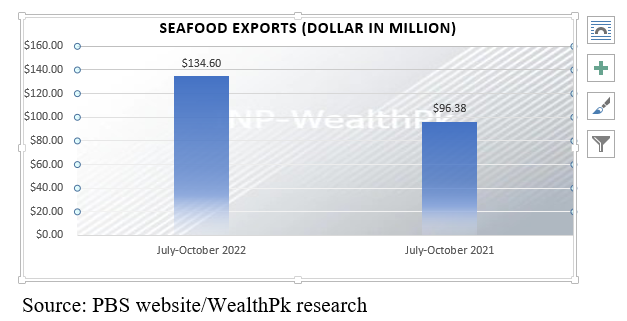 According to economic experts, shrimp fishery plays an important role in meeting the current and future food, livelihood, employment, business, and other economic needs. Fisheries is one of the best supporting sectors after agriculture for coastal societies and those inhabiting near inland water bodies. Pakistan needs to focus on shrimp farming to boost fisheries export.

As per PBS data, overall meat exports from Pakistan increased by 23.56% and remained at 129.197 points during the first four months of the current fiscal as compared to 104.558 points in the corresponding period of the previous year.

The overall food group exports fetched 1.494 billion in the first four months of the current fiscal against $1.433 billion in the corresponding period of the last year, showing a growth of 4.27%.

The country’s total exports increased by 0.94% and reached $9.549 billion in the first four months of the current fiscal as compared to $9.460 billion during the same period of the last financial year.

Muslim Mohammedi told WealthPK that Chinese investors could bring new breeds of fish to Pakistan. “They can set up their farms and hatcheries and sell these products to the farmers, besides helping them to enhance their exports,” he added.