A sensor developed by Pakistani scientists to detect carbon monoxide in the environment can prove helpful for different sectors and people associated with different fields, WealthPK reports. The device can be used in parking, coal mining, homes, factories and many other places to ensure the safety of human life. A team of the National University of Sciences and Technology (NUST), after scientific experimentation, incorporated a flexible sensing material with a smart sensing device to detect carbon monoxide in the environment. 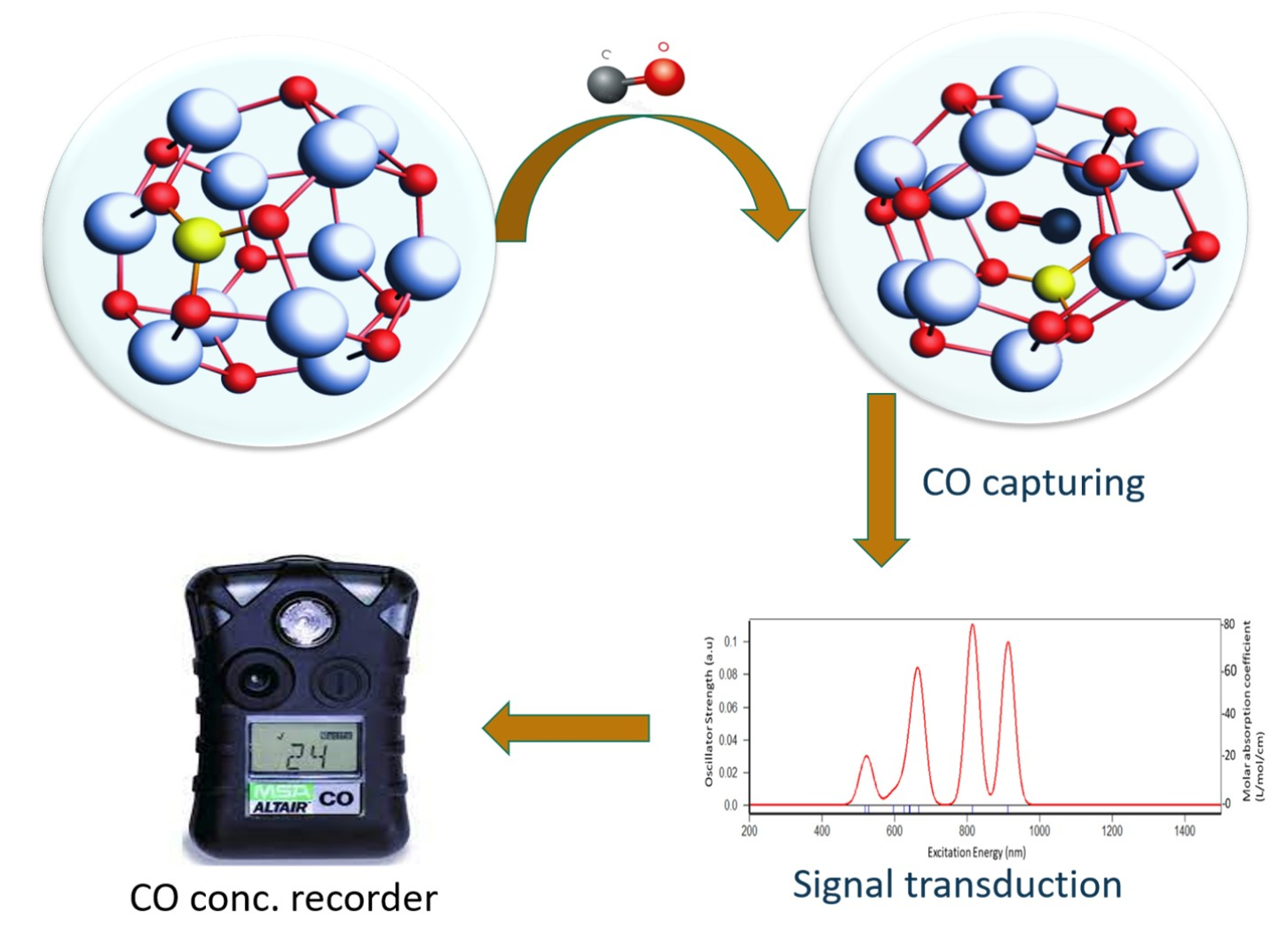 Dr Fouzia Perveen, an associate professor in the department of sciences at the School of Interdisciplinary Engineering and Sciences at NUST, told WealthPK that conventional CO sensors were expensive. “Metal oxide semiconductors with wide band gaps are commonly used for CO sensing, so their sensitivity is low. Therefore, it is imperative to determine the best materials and technologies to detect and control this toxic gas,” she added.

She said that the computational prototype developed by them contained nanoclusters as sensing materials. “The nanocluster is a crystalline material with an atomically precise structure on a scale of 0-2 nanometres. Often considered kinetically stable intermediates, they form due to synthesising substantially larger materials like clusters of zinc oxide (ZnO),” she added.

Dr Fouzia said that nanostructured materials provided a large surface-to-volume ratio and could be adjusted or adapted according to the requirements of the machine. “These materials also have unique properties like high sensitivity and fast response time. They can be used repeatedly and have gained much attention in Nano sensing technology as compared to other materials,” she added.

Explaining the superiority of the Nano Sensor developed by the NUST team over traditional sensors, she said that nanoclusters of ZnO were nanoparticles of ZnO with diameters less than 100 nanometres that were used in the prototype. “The surface area of these catalysts is large as compared to their size. They have a high catalytic activity level. Nanoclusters have gained much attention due to their favourable morphology and electrical properties,” she said.

Dr Fouzia said that semiconductor compounds like ZnO were particularly important due to their high excitation binding energy of 60 MeV (one million electron volts). She added that ZnO was cost-effective in the synthesis that enabled its applications in photodetectors, transistors and environmental Nano Sensors.

She said that carbon monoxide poses serious risks to human health. It can even lead to death despite being a colourless, odourless and tasteless gas. Developing cost-efficient and effective smart sensing systems that can detect and measure CO in the industrial and domestic environment is imperative.

Explaining the practical usage of Nano Sensor, Dr Fouzia said at the moment the sensors are used for gas fire, smoke analysis and at industrial safety places. Nano Sensors can be used in the intelligent gas water heater. With the help of a sensor, the intelligent security type of gas water heater can monitor the internal and external gas environment in real time. In case of leakage, a sound and light alarm will go off immediately.

Smoking is prohibited in hospitals. The sensors are also useful in preventing health problems associated with smoking in hospitals. Carbon monoxide levels are one of the most important indicators of a coal mine fire caused by spontaneous combustion. The coal mine safety regulations require monitoring carbon monoxide levels with the help of Nano Sensor. “Air pollution is on the rise, so people are paying more attention to the quality of the air inside their homes. The Nano Sensor can help people to check CO levels in the indoor environment,” said Dr Fouzia.

She said that the air quality of underground parking lots affected human health because of the presence of automobiles. In the intelligent parking lot, a running automobile emits deadly carbon monoxide. In case the Nano Sensor detects too much carbon monoxide, it will immediately open the ventilation equipment to keep the parking lot safe and ventilated. “Nano Sensor can be used in parking, coal mining, indoor, homes, factories and many other places to ensure the safety of human life,” Dr Fouzia told WealthPK.