Pakistan Tobacco Company Limited’s net turnover increased 27% to Rs70 billion in the nine months ending September 30, 2022, compared with Rs55 billion in the corresponding period of 2021. A company’s turnover is the total price of the products it sells within a specified period. The rise in net turnover suggests the business sold more in 9MCY22 than in 9MCY21. 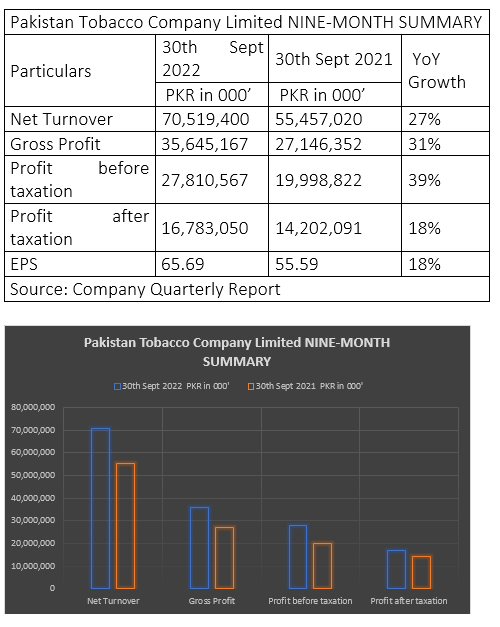 The fact that the company’s earnings per share have been rising steadily from 2018 to 2021 is encouraging for investors. A corporation is more appealing as far as investment is concerned when its earnings increase steadily. 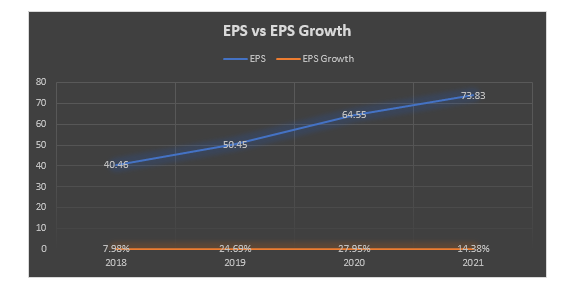 Pakistan Tobacco Company Limited’s price/earnings (PE) ratio stood at 11 along with market capitaliation of Rs22 billion. In comparison to its rivals, the company appears to be undervalued, which is an opportunity for investors to buy its shares. Investors are drawn to companies with low PE ratios. 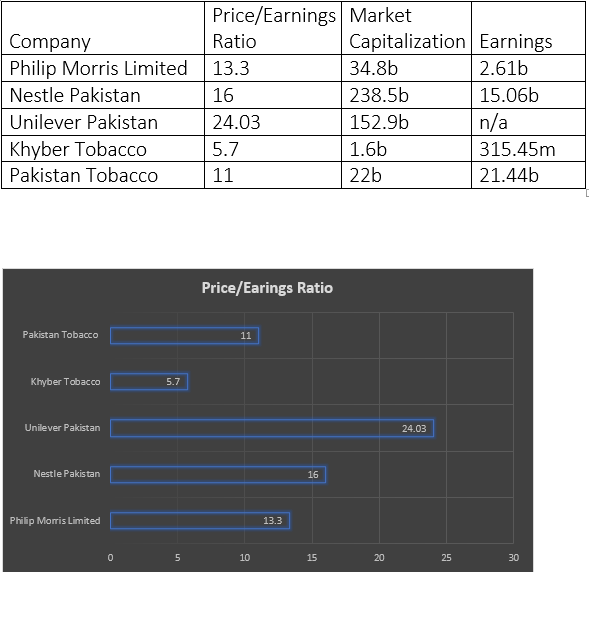 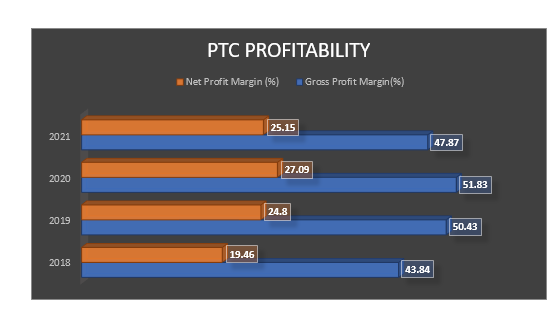 Pakistan Tobacco Company and Philip Morris are among the companies using the track and trace system since tobacco companies are no longer permitted to sell cigarettes without tax stamps.