Nepheline Syenite — a member of alkali-syenite group consisting mostly of feldspar — is used in glass, ceramics and other related industries. Its indigenous processing and value-added production can help Pakistan earn a fortune, reports WealthPK.

Talking to WealthPK, Muhammad Yaqub Shah, former general manager of geology at the Pakistan Mineral Development Corporation (PMDC) and Principal Geologist at the Global Mining Company, Islamabad, said, “Feldspar is mainly used in the ceramic, glass, tiles, and sanitary wares industries. Its deposits in the country have never been quantified, but its industrial usage shows its increasing demand at 40% per annum.”

“It is extracted from igneous, sedimentary, and metamorphic rocks found in Khyber Pakhtunkhwa, Balochistan, and Gilgit-Baltistan (GB).’’ He said there was a marked variation in its composition from area to area and within mines even. Lack of the proper type of feldspar in geological reserves makes it a hectic practice to find out the accurately needed minerals, he added. 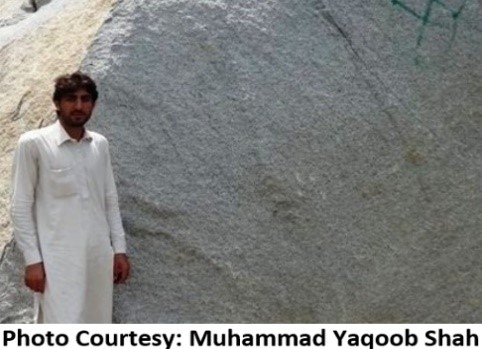 “To overcome this problem, the nature has already provided a substitute for feldspar, called Nepheline Syenite (NS) rock. It resembles granite in appearance but not in  composition. It is a coarse rock that contains no crystalline quartz and exhibits a high grade of whiteness. It is resistant to chemicals and corrosion, and is very hard and inert.”

“Primarily, it is composed of minerals, e.g. microcline, albite, and nepheline, and minor minerals, e.g. magnetite, hornblende, and mica with no free crystalline silica detection in the mineral complex,” said Yaqub Shah. He said Nepheline Syenite is rich in alkalis and alumina, making it the best substitute for feldspar. To manufacture ceramics, he said, alumina provides inertness and durability, while in glass processing, it retards devitrification in the finished product.

He said, “Alkalis act as a flux during the processing of both. The lower melting point of NS (1140⁰-1170⁰) than the that of sodium feldspar (1170⁰-1200⁰) makes it ideal to consume less energy and firing time. It is widely used in industrial productions in different grades based on iron content and grain size.”

Sizeable deposits of NS are found at Koga Village in Buner district of Khyber Pakhtunkhwa.  The deposits are roughly estimated at 6000 million tons on the basis of topography, he said. “Koga-village is located on the verge of the CPEC and China can be a good market for the value-added and graded NS,” he added.

NS is widely used in many industrial products, i.e. as a performance enhancer in sealants, inks, plastics, adhesives, and coatings. It causes excellent brightness in paints, and tint retention, acts as a weather shield in paints for exterior use, and adds durability, improves color, sheen uniformity, and stain resistance in interior paints. It disperses easily in all conventional vehicle systems and a high loading level is achieved due to its low oil absorption. It is used as a filler in many industrial products, i.e. paper, rubber, foam, and plastics.

In the glass industry, it is used in the production of containers, textile glass fiber, insulating fiberglass, flat glass, etc. Nepheline Syenite can also be called a type of feldspar and its market size is projected to grow from 3.58 billion in 2020 to US$5.67 billion by the year 2031 at a compound annual growth rate (CAGR) of 4.35%.