National Foods Limited's net sales increased 16% to Rs26.84 billion in the financial year that ended on June 30, 2022 from Rs23.11 billion in fiscal 2020-21. The company was established in Pakistan on February 19, 1970, as a private limited company, and it later changed its status under the Companies Ordinance, 1984, to become a public limited company. The company primarily produces and sells food products. Its parent company is Associated Textile Consultants (Private) Limited.

Following tax deductions, the corporation declared a net profit of Rs1.1 billion for 2020, slightly higher than the profit of the previous year. However, this year's EPS dropped to Rs5.92. 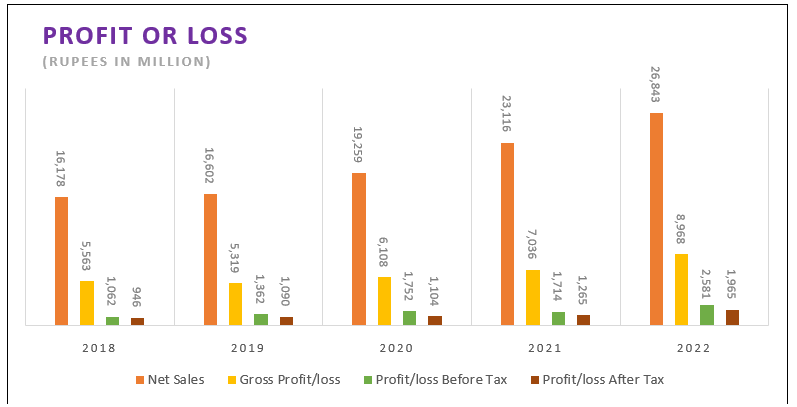 The topline increase in FY22 was the outcome of better product mix and price increase despite the effects of inflation and currency devaluation on the cost of production and sale.

According to the financial report, the company may have to deal with issues like rising debt and inflation, devaluation of the Pakistani rupee, and a bullish trend in commodity prices in the coming year.

The company is working hard to improve its revenue-based channels to overcome these obstacles. Future continuous investment in rural and food services will create amazing growth potential for the following year.