Lotte Chemical Limited’s revenue increased by 65% to Rs79 billion in the first nine months of the Calendar Year 2022, compared with Rs48 billion in the corresponding period of the previous year, reports WealthPK.

Purified Terephthalic Acid (PTA) price increases led to an increase in revenue. This was due to the bullish trend in the upstream markets. Owing to the busy season, there was a significant demand in the local market. The demand for PTA also increased due to the anti-dumping duty imports from countries such as  Indonesia and Thailand. 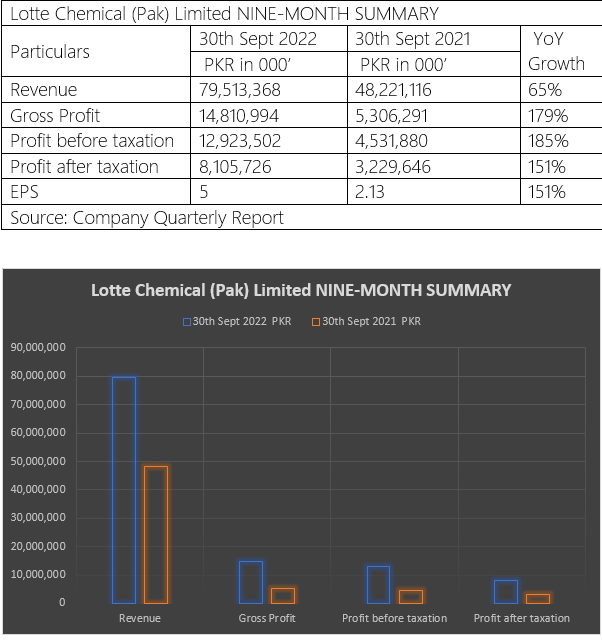 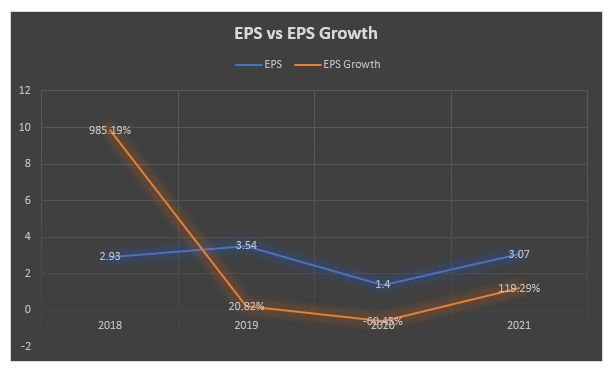 Lotte Chemical Pakistan has been more volatile than 75% of PK stocks, generally moving +/- 7% weekly. The price volatility of LOTCHEM is higher than the average market volatility.

The companies that have been considered the competitors of Lotte Chemical Pakistan are Archroma Pakistan, Gatron, Tri-Pack Films, and Engro Polymer and Chemicals.

Lotte Chemical Pakistan’s PE ratio is 4.3, which is close to the average PE ratio of the industry i.e. 5.8, whereas it has the largest market capitalization in the industry, which is around Rs40.7 billion.

The prospect of consistent dividend payments is another benefit of making investments in large-cap firms because large-cap companies are already well-established in the market and their stock values are often not expected to increase at rapid rates over time. So, making an investment in Lotte Chemicals Pakistan will give the investors a consistent dividend with the passage of time. 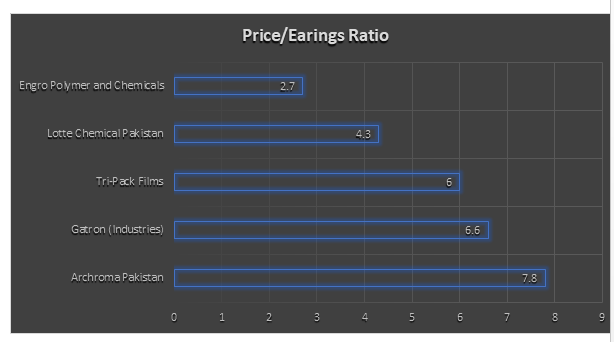 Dividend payments from LOTCHEM have fluctuated over the past 10 years. 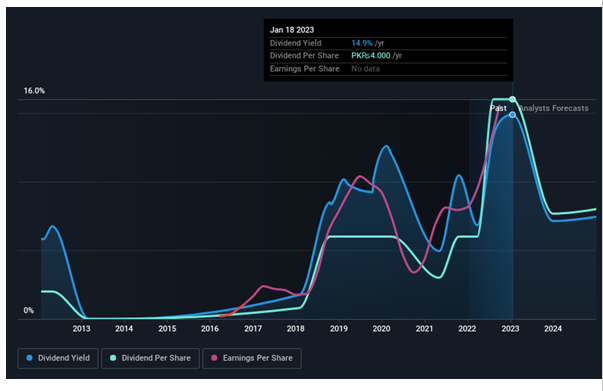 LOTCHEM's current dividend yield is 14.9%, and the dividend per share is Rs4. In 2024, dividend yield and dividend per share are predicted to decline from the present all-time high dividend from the previous 10 years. Lotte Chemical Pakistan Limited was incorporated in Pakistan on 30 May 1998 under the Companies Ordinance, 1984 (repealed with the enactment of the Companies Act, 2017). Its principal activity is the manufacture and sale of Pure Terephthalic Acid (PTA).