He said setting an MIP for edible oil at Rs7,000 per 40kg will give farmers confidence that the government will protect them if edible oil prices fall due to fluctuations in the international market. The official said that if the prices of edible oil/oil seed come down from the MIP then the government will intervene and procure it from farmers. The cost of producing 40kg edible oil in Pakistan is less than Rs7,000, while the import price from other countries costs more than the MIP.

He said the local industries will make purchases from farmers at the MIP because that will give benefit both to farmers and industries, as imports will cost them more. By doing so, local production would increase and import would decrease. The revenue that will generate from RD will help to support the MIP, and no separate budgetary allocation will be needed for that. Dr Waseem said this plan will provide $1.192 billion import substitution in short term (one year), and medium-term (five years) and long-term (10 years) to the tune of $2.064 billion, and $7.668 billion, respectively. 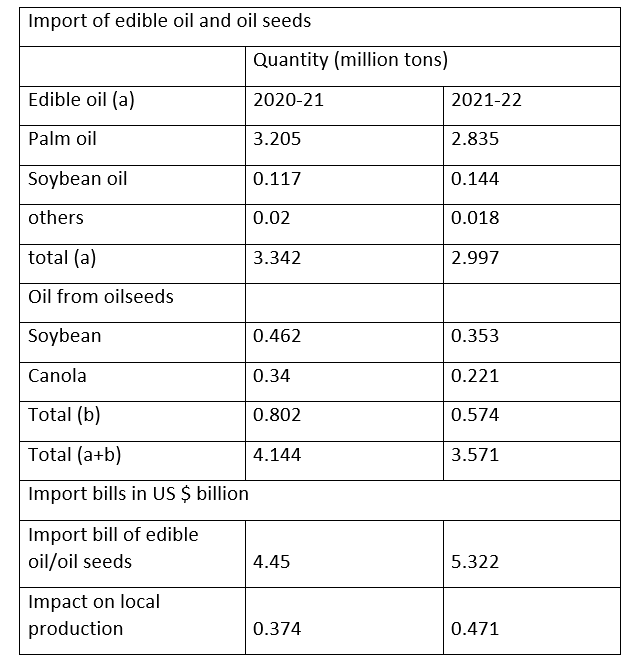 Pakistan imports a large portion of its palm oil from Indonesia. Because of export restrictions, the palm oil prices have risen, resulting in a hefty import oil bill. Dr Waseem said that due to rising prices, local production increased by 26% to 0.471 million tonnes in 2021-22, up from 0.371 million tonnes the previous year.