Cost of electricity generation up by 57% in Aug

There is a significant rise in the price of imported fuel, which is the main reason for the increase in the per unit cost. As can be seen from the graph, the per unit cost of furnace oil has increased from Rs18.2 to Rs35.6 over the period.

Electricity generation decreased by 6 percent during the first two months of FY2022-23 compared to the same period in FY 2021-22. 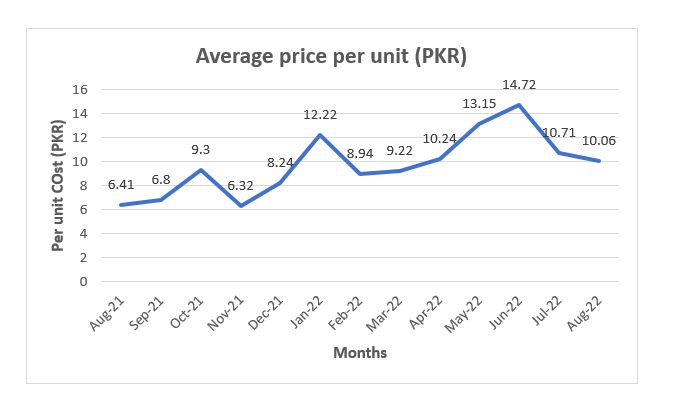 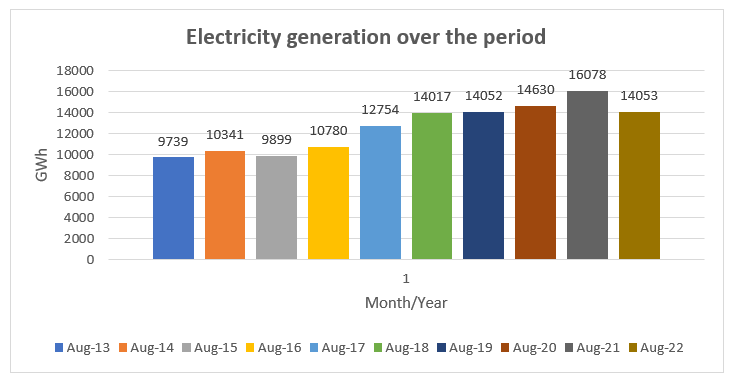 The largest contributors from Aug 22 were hydel (38 percent), followed by coal (15 percent), nuclear (3 percent), RLNG (13 percent), gas (9 percent), FO (7 percent), wind (3 percent), solar (1 percent) and bagasse (0.2 percent). Nuclear power generation increased by 15 percent over the past year. There was also an increase of 38 percent and 10 percent in bagasse and solar-based generation respectively over the previous year.

According to Dr. Abid Sulehri, Executive Director of SDPI, the prices of furnace oil are currently lower than they were in the past months. However, the per unit cost of electricity is higher than it was in the previous months. This is due to the fact that the Pakistani rupee has devalued. In the previous months, the 7th review of the IMF was put on hold. The IMF then asked the government to increase the levy.

It is imperative that the government take proactive measures to address the issue of a sharp increase in the cost of power generation. Pakistan should rely on local electricity generation sources, which will help overcome the volatility in electricity prices. The country has a huge potential to generate solar and wind power.

According to the World Bank, utilizing just 0.071 percent of the country’s area for solar photovoltaic (solar PV) power generation would meet Pakistan’s current electricity demand. The wind is also an abundant source of power generation. Pakistan has several well-known wind corridors with average wind speeds of 7.87 m/s in 10 percent of its windiest areas.