The fifth China International Import Expo (CIIE) was held in Shanghai from Nov 5-10 this year. It was a six-day expo for all the world trading companies. Pakistan’s trading companies also exhibited their products during the event. The CIIE platform is expected to greatly benefit the Pakistan-China trade, reports WealthPK. 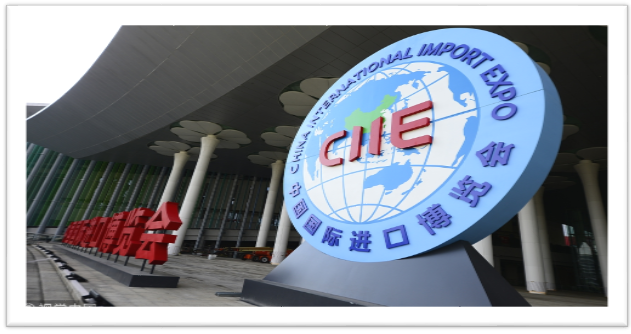 Dr Javed Iqbal, trade economist at the Quaid Azam University (QAU), told WealthPK that the CIIE platform is the most prestigious and largest trade expo in the world. He said Pakistan will definitely gain from this event, adding that it was the best chance for the Pakistani traders to display their products there.

He said the CIIE expo also provided many trade and investment opportunities for the Pakistani companies to get themselves aware of the latest trends in production. Pakistan’s textiles, cotton, and precious stones are very popular and famous around the world. So, this expo would greatly benefit Pakistan, he added.

Pakistan’s gemstones and handicrafts, which are very popular around the world, were also on display. Under the second phase of the China-Pakistan Free Trade Agreement, 313 new Pakistani products will enjoy zero tariffs when exported to China. Pakistani onion, buffalo embryos and tiger’s tail plants have been approved for export to China.

“This expo will have a positive impact on Pakistan's economy as well as on its foreign exchange reserves. The trade expo has enabled the Pakistani companies to exhibit their products in front of the world," he said.Dr Javed is positive about Pakistan’s potential and believes that the growth momentum will be regained. The Yangtze River Delta region with Shanghai as its base is a significant trading partner of Pakistan.

Various Shanghai-based companies like SAIC Motor and Challenge Textile have invested in Pakistan. The current government has revealed that trade between Pakistan and Shanghai was worth $1.6 billion last year, which represented a substantial increase over the previous years.

‘’Pakistan is setting up special economic zones (SEZs) in different areas under the CPEC. Shanghai Free Trade Zone (FTZ) can be a very successful example for the Pakistani developers and companies,” he added. The QAU academic said over the past five years, Pakistan’s exports to China have reached a record high of $3.6 billion. The value of Pakistan’s exports to China will double in the next few years.